Things I observed while travelling in South Korea

My wife and I travelled in South Korea for 3 weeks at the end of 2016 and the following are my observations. 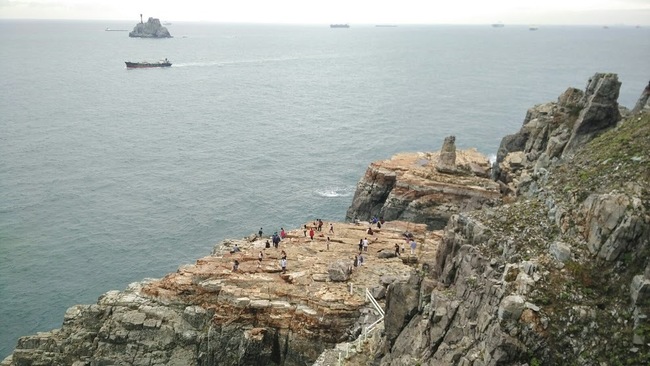 Korea is not Japan #

Somehow I have the strange assumption that’s Korea will be like Japan, which is not true. The thing is, Japan legendary cleanliness and politeness remain unchallenged. Korea is cheaper than Japan, and senior Koreans do speak pretty loud; Korean are generally nice.

You can get a 4G Sim Card (or Wifi Egg) at the Airport (70000won for 30 days); you can make calls if you get the 4G Sim Card, which is charged upon return based on usage.

Internet is stable and fast.

Public transport is pretty liable and timely, and waiting time is usually less than 10 minutes in city area. Google Map is pretty useful: although the schedule is mostly inaccurate, but the route, stops and bus number are pretty accurate.

Seoul subway might be convenient and well connected, but sometimes it’s easier, faster and cheaper to take a bus (I use Google Map since I can’t figure out how to use Naver Map). Korean public bus goes really fast, so you better hang on tightly and move quickly.

I avoid taking Taxi as there is problem conversing with older Taxi driver who doesn’t speak English, and they are not exactly friendly as well. Even if I show them the name of the place in Korean, most still wouldn’t understand.

English in City only #

A lot of people in Seoul speak English; probably less than 50% speak English in popular tourist destination like Busan and Jeju. Any place out of the city is mostly Korean only, which include conversing, restaurant menu and telling bus driver the destination.

In rural area, you need to tell the bus driver the destination when you get on board, so that he could charge you the correct fee. I wouldn’t depend on my subpar Korean pronunciation as it’s usually off. I wrote the name of the destination (both in Korean and English) on a yellow sticker note and show it to the driver (it works 100% of the time).

I would assume South Korea is a pretty safe country. I have seen people in café leaving their handbags and smartphones unattended for more than 15 minutes on the table, and it seems pretty common.

Korean people love their picnic mat, which came in all shapes and sizes. They don’t just sit on the grass like westerners, they bring along a picnic mat, or even a small mobile chair. Some seniors even bring along a sleeping mat to sleep on whenever they get a chance (on the ferry, on top of the mountain, etc.).

When you are out of the city, you only get traditional Korean food (e.g. Bibimbap, Gimbap, Pajeon, Stew) with all the side dishes. It doesn’t helps when I know limited Korean food name and English menu is not available.

In the city, you have more modern choices like BBQ, Fried Chicken, Pizza, Dakgalbi, Bingsu, Army Stew, etc. And Korean like cheese, and a lot of city food have cheese options.

As a foreigner, I feel the range of food offered in South Korea is quite limited: plenty of eatery offering similar food. All the food does have a minimum standard (I haven’t eaten anything which tasted not good). Personally, I prefer the food in Japan or Taiwan.

PS: Somehow, there is sort of “happy” feeling when dining Korean BBQ; Korean Fried Chicken is pretty good as well.

I usually end up buying a lot of bottled mineral water during my travel, but not in Korea. There are free water machine to refill your water in hotels and restaurants. Every restaurants serve plain water by default, so you could save money on the beverages.

There is one type of makeup very popular among Korean girls, which they powdered their face until very white and shiny, then put on a really red lipstick. It could look really nice or really strange.

You should not flush tissues and toilet paper into the toilet bowl, where you throw it into a bin instead. I thought South Korea should have a more advance sewage system, guess not.

People on the street #

At a glance, you see more young Koreans (as compare to seniors and white collar workers) walking the street, and quite a lot of young couples as well. I did bump into a few homeless sleeping near the subway entrance in Seoul.

I see a lot of Chinese tourists in Jeju, Westerners are only visible in Seoul (not Busan) and a fair number of Hong Kong tourists as well.

Streets in South Korea are very walkable: wide and safe, and you do a lot of walking in the city.

I guess South Korea could almost be a cashless society, where they use the Transportation Card (e.g. T-money) for public transport and credit card for anything else. It is common to pay for small items like beverages in convenient store by credit card.

There is a shopping street at almost every district in the city, so I guess Korean like shopping.

You usually pay a fix fee when you board a bus, and sometimes people still touch/beep when exiting even though no amount is charge. The purpose is to take advantage of the transfer discount, when you plan to take another transport when exiting this bus.

Discount is only applicable if you use a Transportation Card (e.g. T-money).

South Korea’s terrain is pretty mountainous and hilly (and quite a number of Islands with ferry service), thus there are plenty of hiking trails available; even part of the city could be pretty hilly. Unlike Taiwan, you can hike most of the treks without the need to apply for a permit, and it’s free. The only exception is when you need to do a multi-days hiking, which you need to book for accommodations at the shelters.

I build Travelopy to share my travel story as photo album + blog. If you like taking plenty of travel photos and write a little, you would love this. I can easily add notes about my travel experience in between the photos (like a photo... Continue →